Accepted Into The Salon International 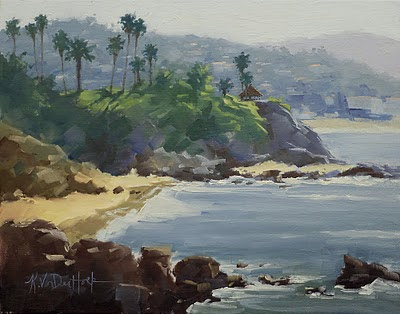 This has been an amazing week; first one of my paintings was selected for the Paint America Top 100 exhibit and now my painting “Jewel Of The Coast” has been juried into the Greenhouse Gallery Salon International.

The Salon has artists from all over the world enter and only a fraction of those who apply actually make it into the show. When I checked the web site and found my name on the accepted entries list I was thrilled.

Of course, when I called my husband to tell him the news I don’t think he really understood why I was practically hopping up and down (that’s nice, was his response). At least not until an artist friend of mine was jumping up and down for me in celebration - then the light bulb in his head lit up. Now he is having visions of retiring next year. I hate to burst his bubble just yet, so I’ll let those visions of Ferraris dance through his head for a while longer.

When I finished “Jewel Of The Coast” I was pleased with how it turned out and put it aside as a possible entry for the Salon. Recently, I painted a larger version of this same painting with a few minor tweaks. I’m bringing both home from the framer today and can’t wait to hang them up and see how they look.

Unknown said…
Congratulations on your acceptance into Salon International! This painting is gorgeous and a well deserved entry into SI! Good luck!
February 9, 2011 at 8:15 AM

rob ijbema said…
wow amazing news and amazing painting
such depth and movement!
February 9, 2011 at 9:51 AM

Pam Holnback said…
CONGRATULATIONS! I am so thrilled for both of these accomplishments.
February 9, 2011 at 11:07 AM

Tracey Mardon said…
Congratulations Kim! I saw the Salon last year and was just stunned by the quality and quantity! Love the painting!
February 9, 2011 at 7:26 PM

JoanSicignanosfineart.blogspot.com said…
Congratulations on your acceptance into the Salon International. This painting is amazing and you are very talented.
February 10, 2011 at 6:12 PM

Both of the paintings accepted into the various shows are exceptional!!!
February 11, 2011 at 9:37 PM

Ricardo Marrero said…
Hi, I love your work, I love the colors and light that you give very good job congratulations, greetings.
February 17, 2011 at 11:55 AM

Stephanie Berry said…
This is a winner...love how you captured that diffused marine atmosphere. Congratulations!
March 2, 2011 at 7:41 AM 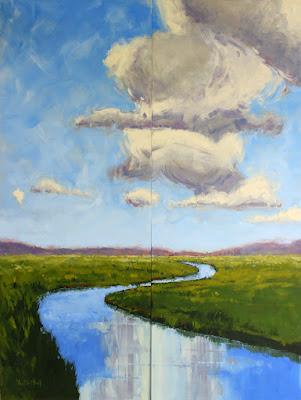 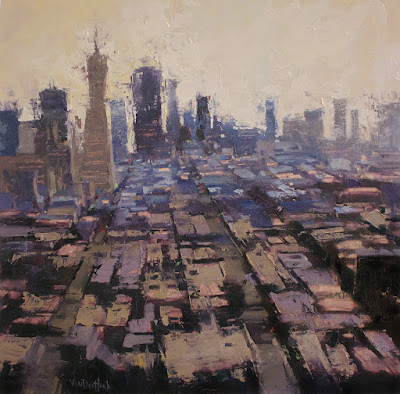 Tip Tuesday - How to Break Up With Your Photo Reference